Waaaay back in the day, when my Mom was pregnant with me,  she and my Dad called me “Oscar” before I was born.  A year and a half later, my brother was “Beatrice” while he was in my Mom’s tummy.
So it came as no surprise, that when I was expecting, Mister and I had nicknames for my belly(s) too.  Deklan was “Slapshot” and Easton was “Noodle”.

These two parents though, are not huge fans of nicknames. So it was less of a given that their impending arrival would be given a moniker – but she was: Squirt.  And as a matter of fact, even after being born, she’s kept her nickname.  (Don’t tell her Mommy & Daddy – but her Auntie and Uncle will likely end up giving her a nickname of their  own soon too though – it seems almost inevitable that she gets a name to go with her cousins, Tadpole & Worm)

Just hours before heading to the hospital for their induction (just the 1st of many before the babe decided SHE was ready), we met on the beach in Sooke for an impromptu maternity session.
Here are a couple of my favourite images from the 15minutes we spent with my camera. 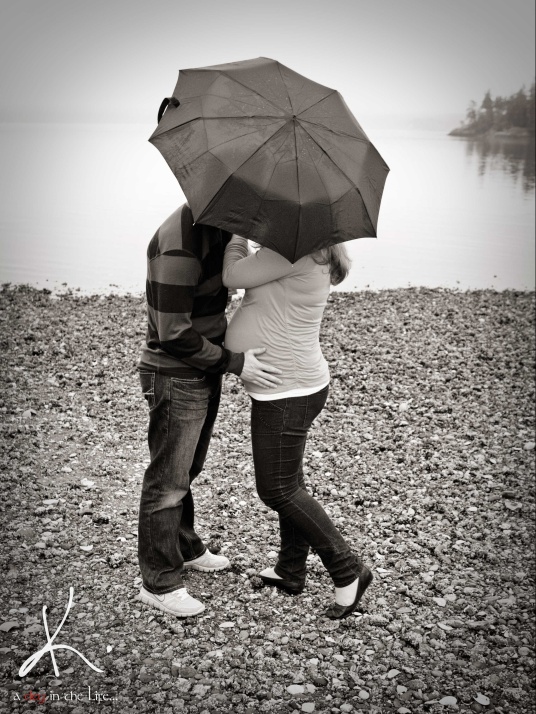 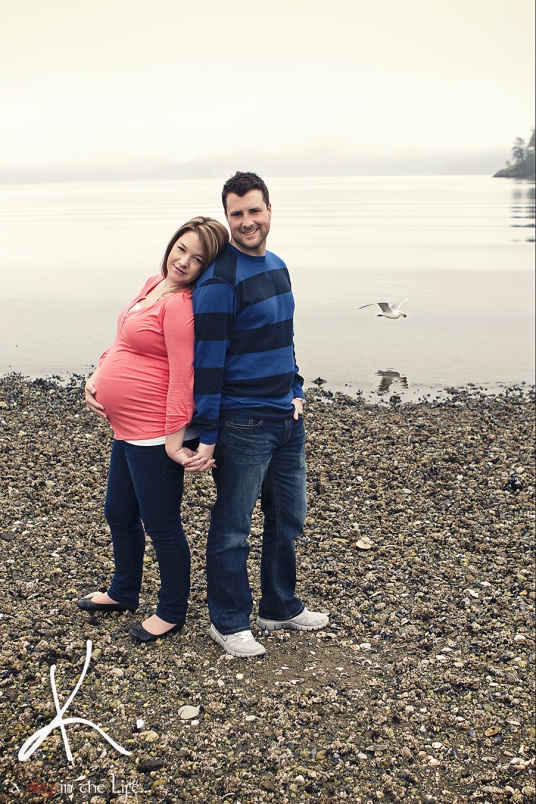