I have no excuse for why this post is so late. None whatsoever. I should have done it MONTHS ago!  Especially when I consider the AWESOME factor of the bride & groom (but don’t tell the groom I said that. He’s already got kind of a swollen ego, and we wouldn’t want to do anything to encourage that)! 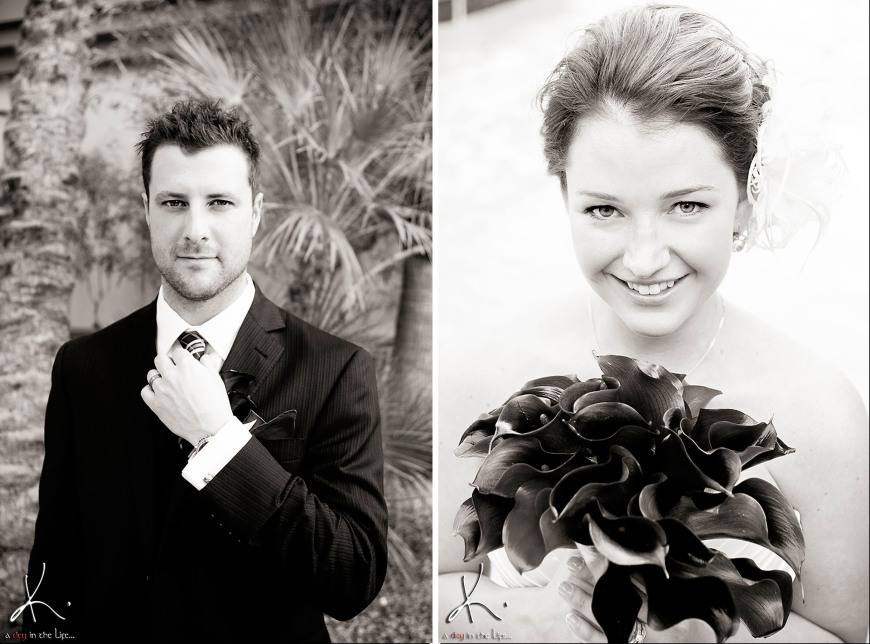 My brother, and my new sister-in-law, got married in October 9, 2011 in Las Vegas, Nevada. 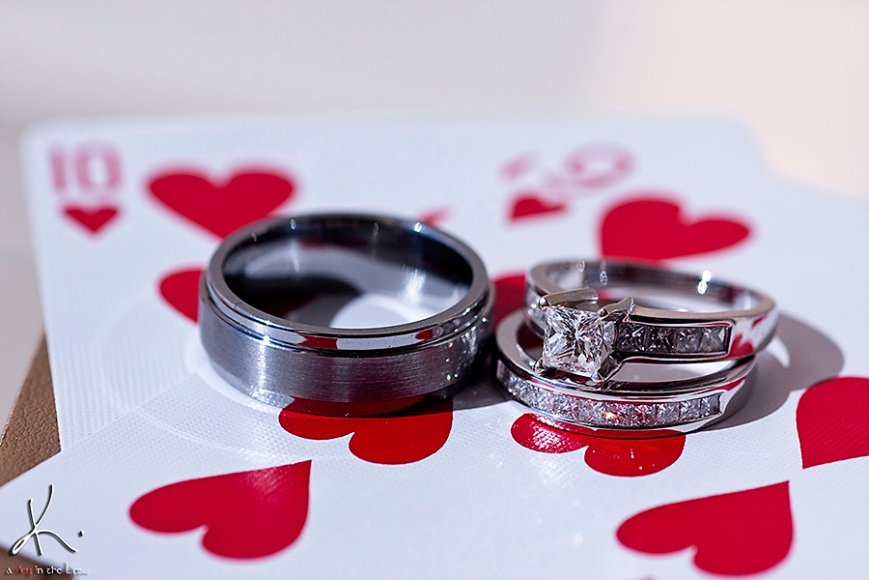 It was a small and intimate event, with just 17 of us making the trip with the happy couple.  We had such a fun time:  Sightseeing, roller-coaster riding, gambling, eating, drinking, and participating in the Price is Right! 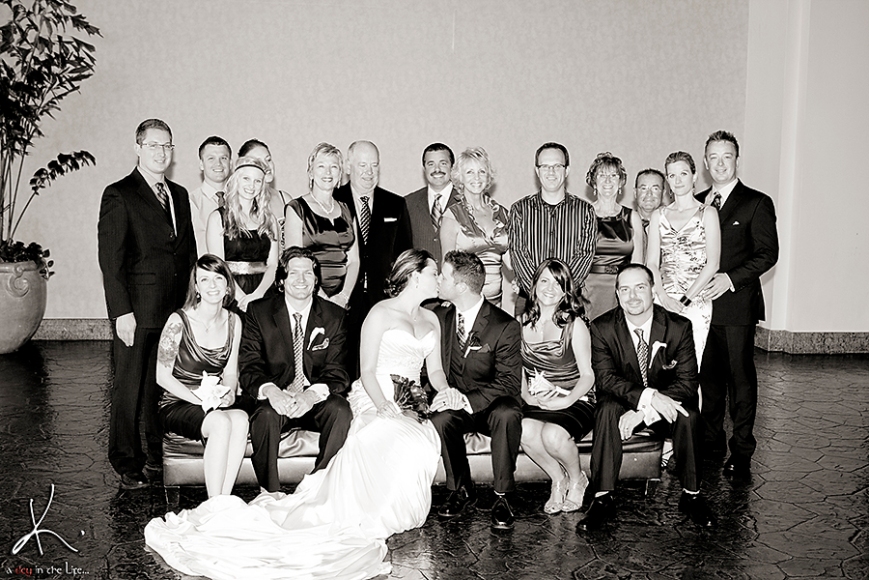 The wedding ceremony was held at Mandalay Bay Resort & Casino, and like most wedding chapels in Vegas, cameras are not permitted.  As much of a bummer as this was, it worked out okay for me, seeing as how I was in the wedding party and it might’ve been tricky to try to photograph the ceremony anyways.  They wrote their own heart-felt vows, and I don’t think there was a dry-eye in the house, mine included.

Shortly after the ceremony though, I was on duty!  We went out to the pool area for some portraits.  And then later in the evening, post-reception, we headed out onto the Las Vegas strip for some night-time photos.
Feast your eyes on Mr. and Mrs. Shields.  And my sincerest apologies for not having posted these MUCH earlier! 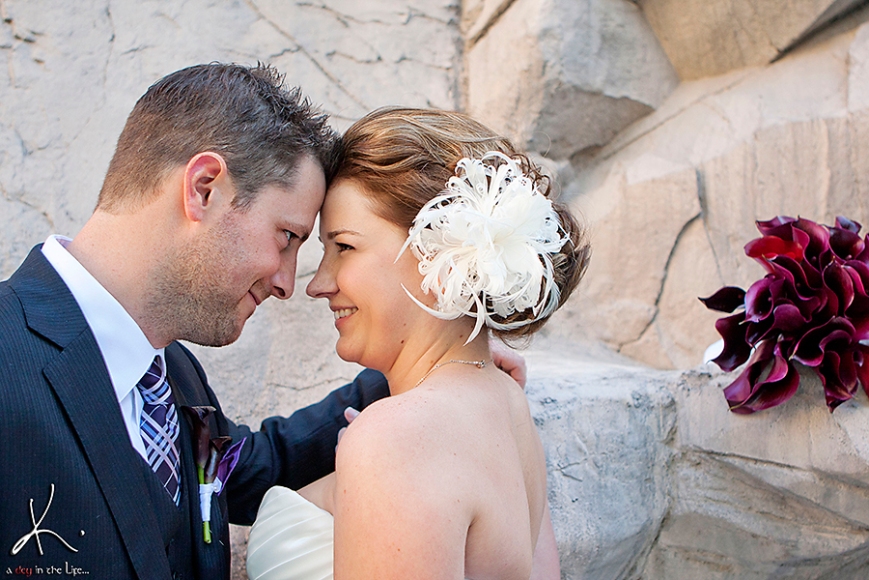 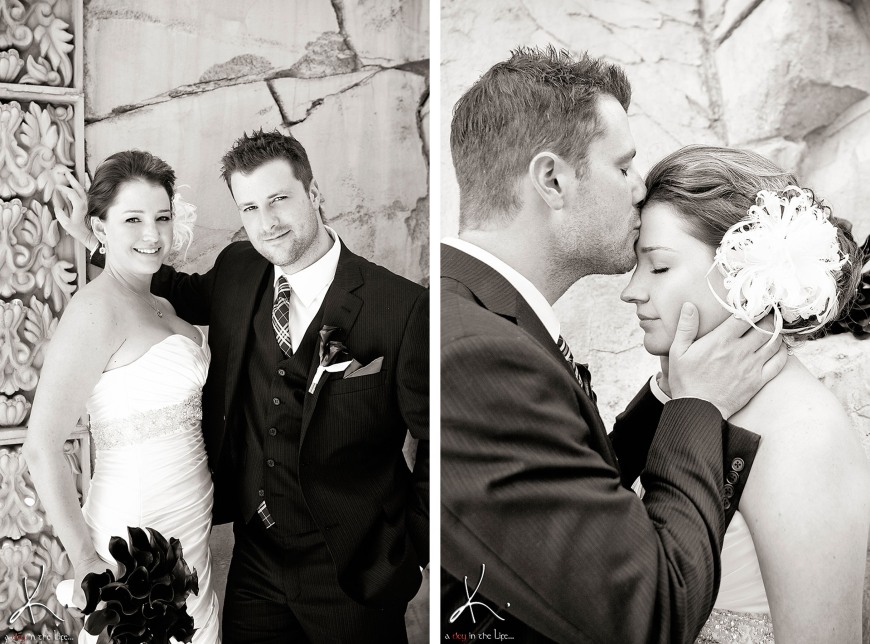 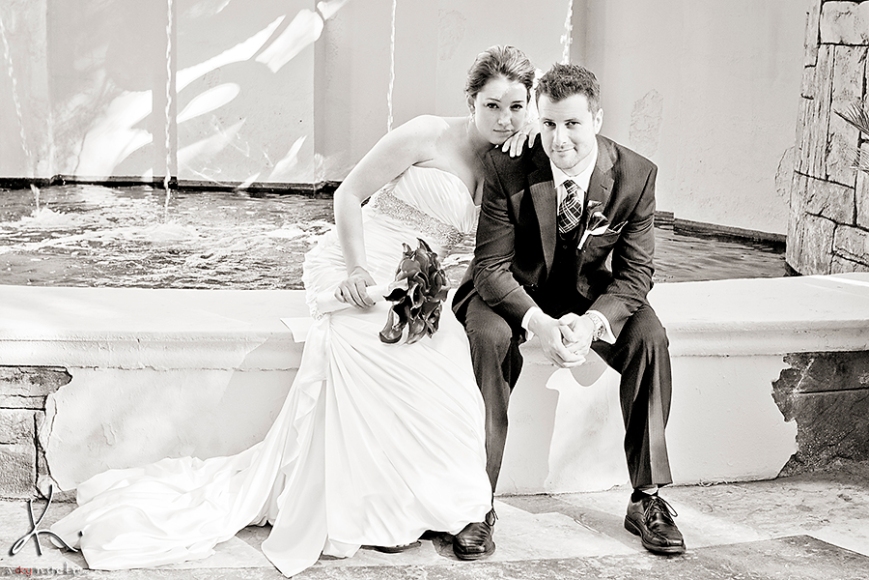 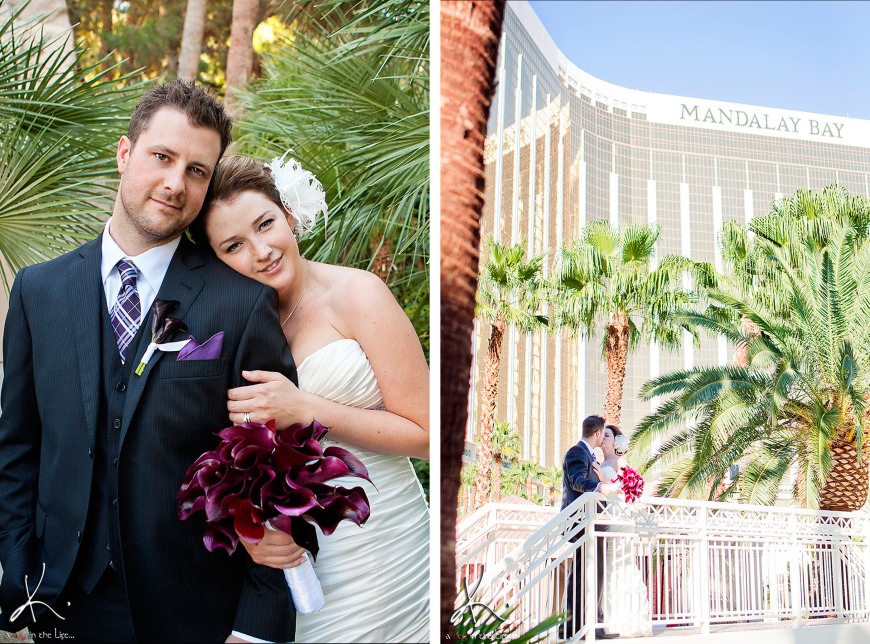 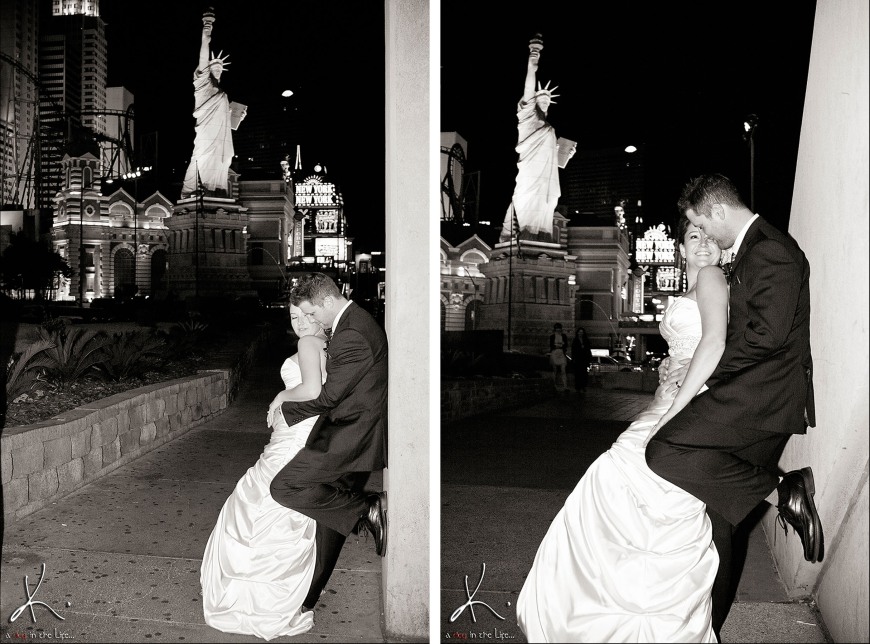 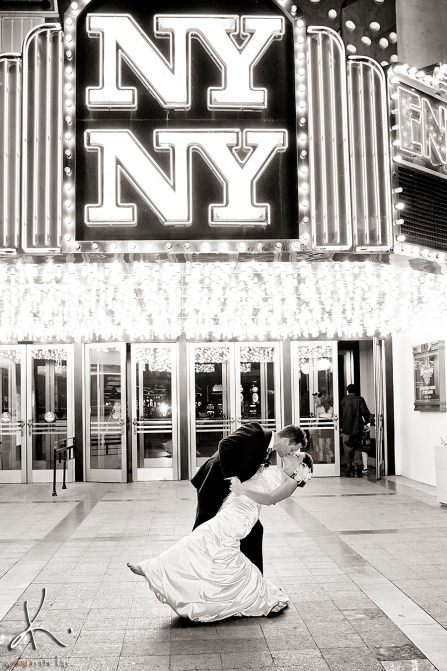 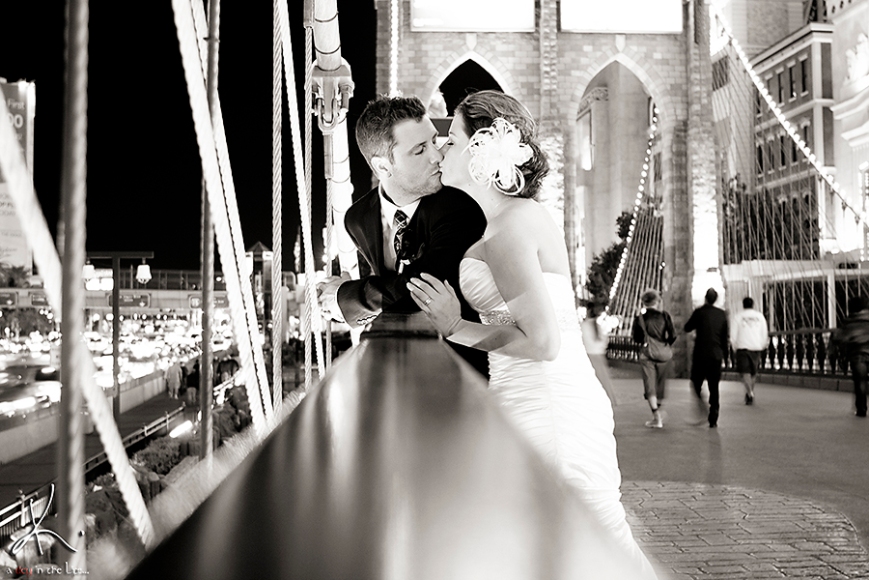 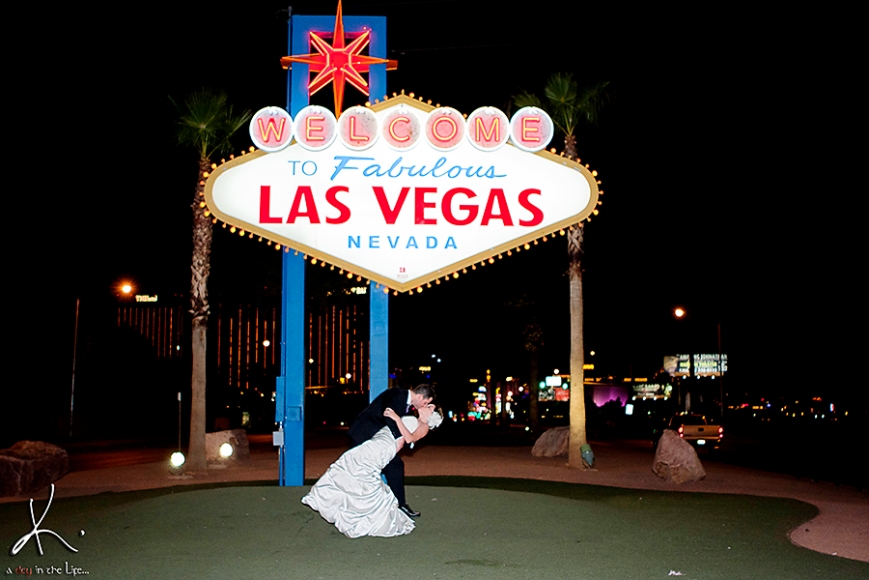